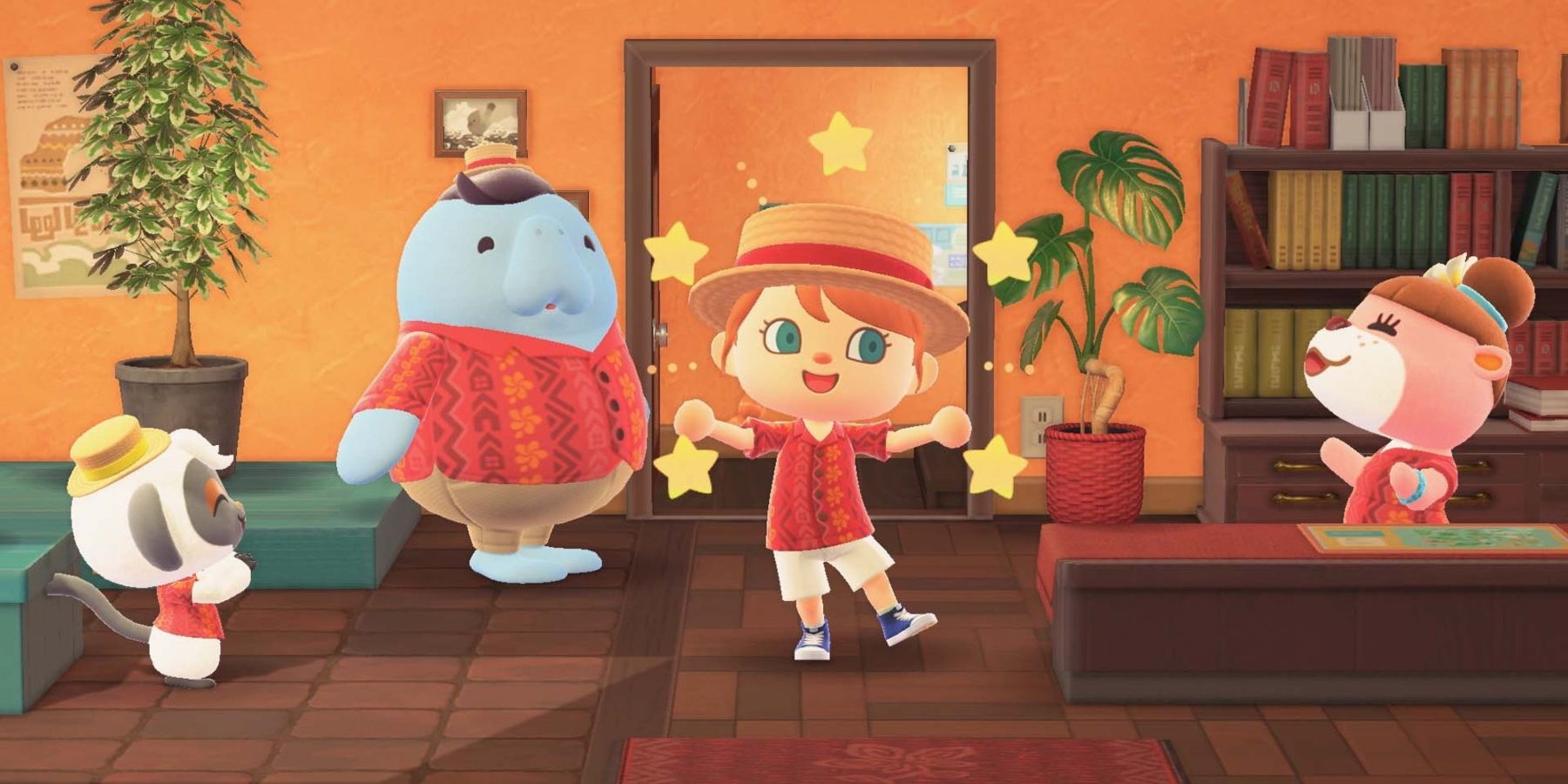 November 5, Animal Crossing: New Horizons is getting a paid DLC expansion – and it’s a big one. The DLC, titled “Happy Home Paradise”, looks like a brand new game. Happy Home Paradise gives players the ability to design custom vacation homes for all of their favorites. Animal Crossing: New Horizons characters, but it goes way beyond with unique features that create endless possibilities.

The principle of Happy Home Paradise is simple: players discover the opportunity to “go to work” as a designer of vacation homes in an archipelago made up of several different islands. Through a local resort planning company called Paradise Planning, players can consult with villagers to find out what their dream home looks like.

After viewing, players receive a full creative license on the Villager’s Vacation Home with seemingly endless customization options. Players are responsible for both the interior and exterior of the vacation home and can even customize the season and weather. Happy Home Paradise comes with a built-in inventory so players aren’t limited by their own resources. Building inventory can take forever in New Horizons, so it is good to know that grinding will not be necessary.

Players can meet clients organically in the DLC, but it is also amiibo compatible if there are specific villagers players want to design for. Completed Vacation Homes can be featured through the Happy Home Network app, which can also be used to visit designs from other players looking for inspiration similar to Dream Addresses in New Horizons.

Finally, players can rest assured that they are not working for free. Designing vacation homes can earn players Poki, a special currency that can only be used in the Archipelago. With Poki, players can purchase exclusive â€œrareâ€ items and furniture to bring back to their own islands.

Many new decoration options are added to Animal Crossing: New Horizons with Update 2.0 also coming on November 5th, but there are options exclusive to Happy Home Paradise. Just like in New Horizons, players will be able to add accent walls and ceiling lights. For villagers wanting to be roommates, players can also decorate with room dividers to divide a room. Rooms can then be personalized with mood lighting and soundscapes.

The DLC adds many quality of life updates that completely change the pace of home design. Furniture can be personalized in the moment while decorating a room, and exterior design tools are more effective than New Horizons players are used to it. Fences, paths, plants and objects can be easily moved with a grid system like inside the house, which will make things easier. The houses themselves can also be moved without having to first obtain a building permit from Tom Nook. The rooms can also be resized to suit the style of the villager.

One of the best things about Happy Home Paradise is that not all of the DLC exists separately from the player’s main island. Most of the time this is the case, but after spending time designing vacation homes in the archipelago, players can unlock the ability to customize villagers’ homes on their own islands. Some villagers have formidable interior decorating skills, so Happy Home Paradise lets players take care of all of that.

Customizing villager houses allows players to upgrade a villager’s style or change it altogether. Beginning villagers can greatly benefit from this new feature. Villagers that players start the game with will never have their custom homes, so players often kick out their newbie villagers in favor of bringing in a new one with a custom home. With Happy Home Paradise, this will no longer be a problem, and these newbie villagers may have a fighting chance. The DLC will also allow players to bring back exclusive items to decorate their islands.

RELATED: Animal Crossing: Why Fans Are So Obsessed With The Froggy Chair

The other two NPCs are Niko the Monkey and Wardell the Manatee. Niko and Wardell are both new to the Animal crossing series and are exclusive to Happy Home Paradise. The specific responsibilities of Lottie, Niko and Wardell are not entirely clear, but each will play a role in supporting the player in their quest to become a vacation home designer.

How to buy Happy Home Paradise

The Happy Home Paradise DLC is now available as an individual expansion to pre-order and pre-load through the Nintedo eShop for $ 24.99. Considering that there is enough content to warrant an entire derivative game, this isn’t a bad asking price.

Alternatively, players interested in subscribing to the Nintendo Switch Online Expansion Pack can receive Happy Home Paradise with their subscription at no additional cost. The expansion includes access to a collection of Nintendo 64 and Sega Genesis titles, and costs $ 49.99 for 12 months if players enter alone. The catch is that members can only access the Happy Home Paradise archipelago as long as their subscription is active, so hardcore Animal crossing fans might be better off buying it direct.

Happy Home Paradise confirmed to be the first and only paid DLC to come Animal crossing: new horizons. November 5 also marks the release of the last major free update for New Horizons, it doesn’t look like there will be a lot of content added afterwards. It’s a good thing that Happy Home Paradise looks as deep as it does so replayability isn’t an issue. Even if Animal crossing updates and expansions are coming to an end, the fun doesn’t have to end anytime soon.

Animal Crossing: New Horizons is available now on Nintendo Switch, while Happy Home Paradise will be released on November 5.

Megan has always been a storyteller and sees video games as one of the best ways to tell meaningful and immersive stories. She loves single-player storytelling, RPGs, and any game with a photo mode.