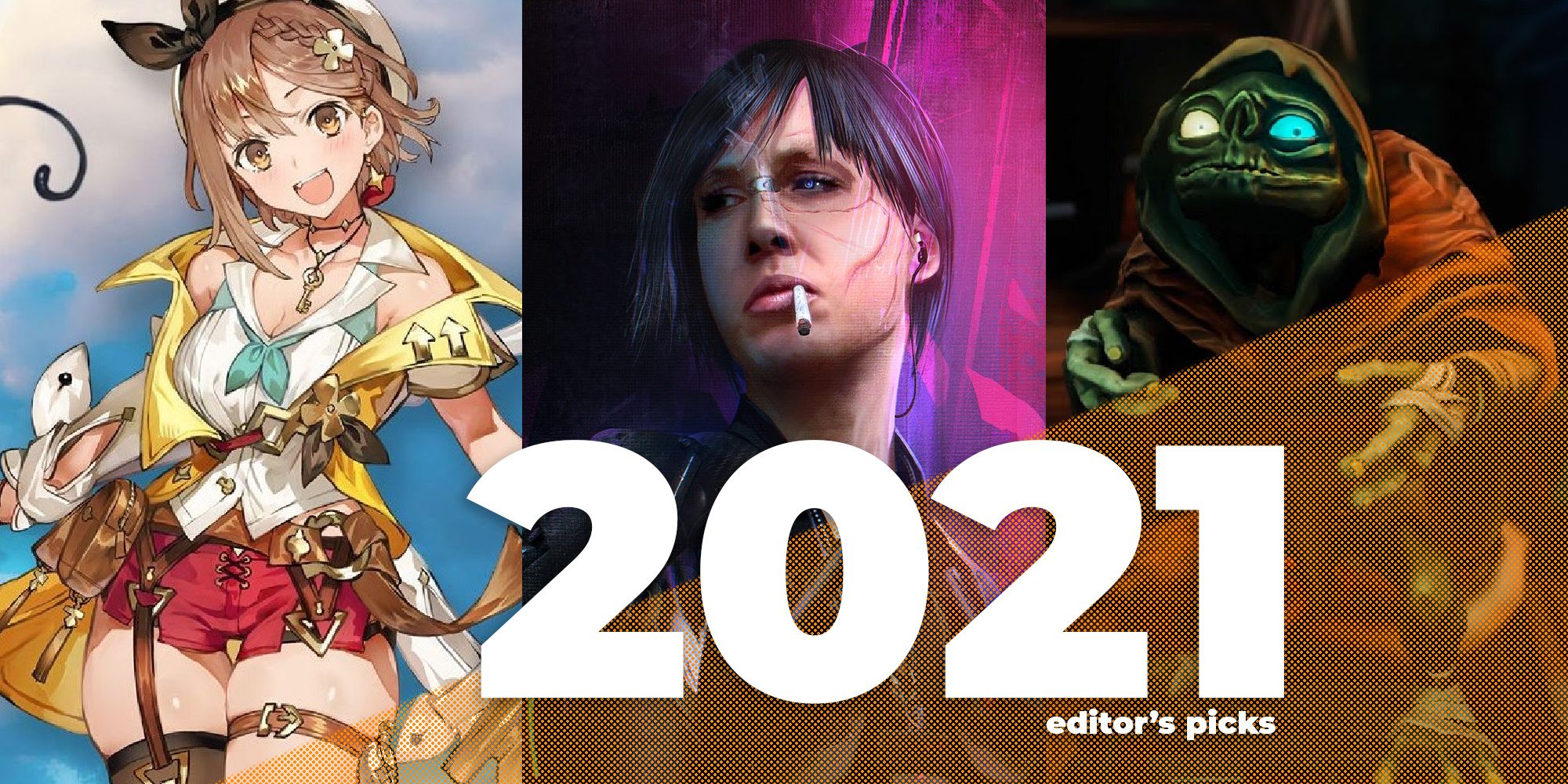 I have been working on this article for four weeks. Not because I struggled with my game of the year picks, but because this – my 1000th article for TheGamer – will also be my last.

I’ve been with TheGamer since 2018, when we were a news site with five to ten articles a day. From exciting new initiatives and exponential growth to growing pains and extra, VERY long days and nights, I feel like I’ve seen it all in my nearly four years with TG. Now it’s time for me to go on my next adventure.

Before I go, however, I’m here to provide you with my final top 10 list for TheGamer and explain exactly why my admittedly surprising number one pick is well worth your time and attention (in addition to the other nine titles).

So, without further ado, here are the selections for Game of the Year 2021, in my opinion.

10. Demon Slayer – Kimetsu no Yaiba – The Chronicles of Hinokami

2020 has been a year in which I really dive into the JRPG and anime genres. Demon Slayer – Kimetsu no Yaiba – The Hinokami Chronicles continued this trend in 2021 with its gorgeous visuals and even better combat mechanics. It’s a shame the title didn’t necessarily go down the path of a traditional fighting game, bringing a community together at esport-style events, because I think the one-on-one battles took a whiff. fresh air in the genre of fighting games. In any case, Demon Slayer – Kimetsu no Yaiba – The Hinokami Chronicles is definitely worth a visit if you are a fan of the anime (or the anime in general).

PLAYER VIDEO OF THE DAY

Halo Infinite was actually the last game I added to my list. I wasn’t sure if I would add it as I only scratched the surface of the single player campaign, but I can’t stop playing multiplayer. It sounds like the traditional Halo experience – something I haven’t really felt since Halo 2. I care a lot less about Halo’s history than most, but the game’s multiplayer alone deserves more than that. its inclusion on this list.

Littlewood came out of nowhere for me. I reviewed the game on a whim to help a friend, and it ended up being one of the games that got a perfect score. It’s such a humble game that just sees you rebuilding your hometown and helping its citizens, but in an incredibly calm and relaxing way, without any threats, deadlines, or other stressors. The Switch version of the game is a great way to unwind after a long day or just before going to bed.

Left 4 Dead’s spiritual successor has everything I loved about the original games, but takes it to the next level with bigger enemies and higher stakes. I know I’m in the minority on that claim, but I even managed to take advantage of Back 4 Blood’s deckbuilding and progression system at launch – both of which are mechanics I don’t tend to. usually gravitate. I haven’t played with the same group of friends that I played L4D with in college yet (sure to be an adult, right?), But when does that happen, it will be glorious.

I think Forza Horizon 5 is the â€œgame I didn’t know I neededâ€ this year. From its opener tutorial to the big open world begging to be driven, Forza Horizon 5 both plays great and looks absolutely stunning. The best part, however? My son likes to sit with me while I play, which makes Forza Horizon 5 one of the first video games he’s really interested in. “Do you want to drive, daddy?” You bet, kid.

5. Atelier Ryza 2: The Lost Legends and the Secret Fairy

Atelier Ryza 2: Lost Legends & the Secret Fairy takes the cake for the most comfortable game of the year. Sure, there are monster battles and a slightly overwhelming alchemy / crafting mechanic, but there isn’t a world that I enjoyed exploring more than this. Sometimes I just jump in to run around the awe-inspiring downtown area and hang out with Reisalin “Ryza” Stout in her apartment, which would definitely be way too expensive for me in real life.

4. Pathfinder: The Wrath of the Righteous

The Chivalry franchise has always held a special place in my heart with its beheadings, dismemberments, and hilarious jokes. Chivalry 2 takes everything from the original and takes it up a notch with even bigger battles and deadlier weapons – arguably the best of which is the Ballista Bolt, the most ridiculous (and hilarious) weapon being a dead fish.

Another Dungeons & Dragons-inspired game, Demeo takes the tabletop genre to whole new heights in this VR dungeon crawling RPG. You might be playing with minifigures, but Demeo is about as immersive a D&D experience as it gets as you explore dark hallways and face a wide variety of dangerous enemies. I haven’t had the chance to check out the free game expansion, Realm of the Rat King, but I’m excited to come back on vacation and kick the rodent tail.

I’d be really surprised if this one made it to other GOTY lists (especially # 1), but Cyberpunkdreams is, without a doubt, the best game I’ve played this year. It’s a text-based, choose your own adventure type of game set in a dystopian cyberpunk future, with a deckbuilding and luck mechanic that works great. I’ve spent countless hours in Cyberpunkdreams (by far my most played game of the year), but still feel like I’ve only scratched the surface of an incredibly deep, steeped world of mystery and intrigue. I’m not usually a text-based game type gamer, but Late Night Games – the team behind Cyberpunkdreams – have created something incredibly special.

I don’t think there could have been a more fitting title to end my critical career here at TG, especially since my A Way Out review took place at a pretty low point in my life. Although personally this year has been one of the worst I have ever experienced, I feel like I have finally reached the light at the end of the tunnel and I feel incredibly lucky and grateful to be in. the position that I am. I haven’t played It Takes Two yet, but you can bet I intend to do so soon – all the while probably remembering my first review and all the reviews and opportunities that followed here at TheGamer.

There are so many things I want to say, but I’ll stop there: I’m grateful for my time at TG; my old and new teammates (Ben and Patrick, I owe you everything!); the wonderful external partners, independent developers / editors and public relations representatives with whom I have worked; and for you, the readers. Thank you.

Sam has been writing for TheGamer since early 2018, landing the role of editor-in-chief in 2019. The writing talent of Colorado-born Denver has been the effort of a lifetime. His time spent in corporate positions has helped shape the professional element of his passion and creative writing skills. Beyond writing, Sam is a lover of all things food and video games, which – especially on weekends – are usually mutually exclusive, as he broadcasts his gameplay on Twitch (as well as on TheGamer’s Facebook page) under the self-proclaimed, albeit well-deserved nickname of ChipotleSam. (Seriouslyâ€¦ just ask him about his Chipotle burrito tattoo). You can find Sam on Twitter, Instagram, and Facebook as @RealChipotleSam.